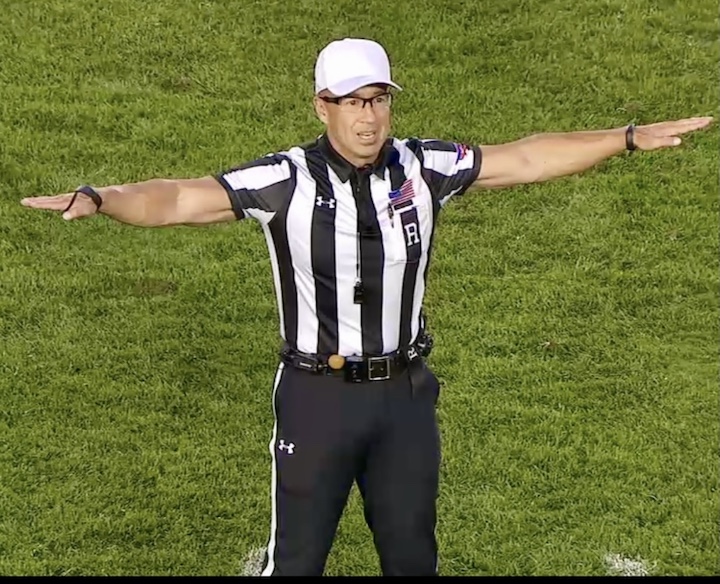 The 2022 Season will be Scott’s 15th in Division I Football. Scott was hired by Ken Rivera as an Umpire in the MWC in 2008, before being moved into the Big XII in 2009. In 2015, Big 12 Coordinator Walt Anderson made a not-so-common transition and moved Scott to Referee where he currently works in the Big XII. Some of Scott’s post season assignments include the First College Football Playoff National Championship Game at Umpire, the 100th Anniversary Rose Bowl Game as Umpire; and, the 2021 CFP Orange Bowl Semi Final Playoff Game as Referee. Scott retired this past September as a San Jose, CA Firefighter/Paramedic after serving 26 years. Scott is an avid Gym Rat/Mountain Bike Rider and is always looking for new trails to conquer. Scott Campbell calls San Francisco, The Bay Area, Ca “Home”.