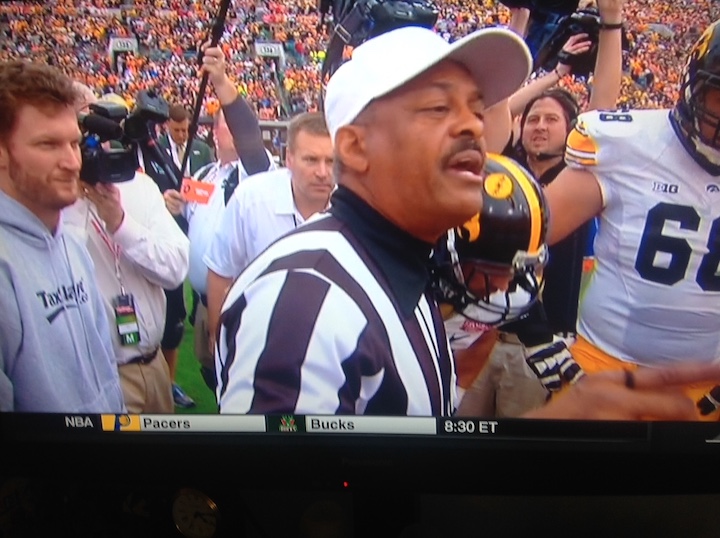 Michael began his officiating football career in 1985 with the San Diego County Football Officials Association working Pop Warner and High School football games. While in the association, he worked two San Diego County CIF Championship games. In 1990, Michael began working Junior College/Division II football games and in 1995 he was hired in the PAC-10 Conference as a Side Judge, and later was a Field Judge in the short lived XFL before injuring his quad tendons. In 2006, Michael was assigned to officiate the 2006 BCS National Championship game between Florida and Ohio State, and in 2014, Michael was chosen to be a PAC-12 Referee. To date Michael has been assigned to eighteen Bowl Games and four PAC-12 Championship games. Michael had the opportunity to represent NCAA football officials at the NCAA Football Rules Committee meeting in Indianapolis, IN in 2017 and 2018. In 2017, he was inducted into the San Diego County Officials Hall of Fame and in 2018 he was selected as the Outstanding Official by the National Football Foundation-Walter J. Zable/San Diego Chapter. Michael worked in the Department of Justice for 28 years before retiring in June of 2020. Michael and his wife, Debra, have one son, Michael James Mothershed who resides in Atlanta.