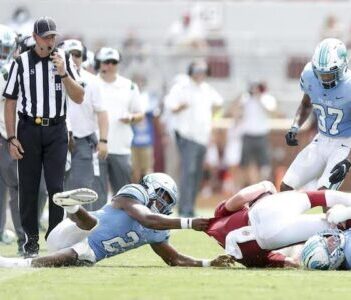 John lives in Ogden, UT with his wife Natalee and four kids. Outside of football, he is currently the CEO of an 18-physician orthopedic group. He has been in healthcare administration for the past 16 years. When he is not working football, he enjoys traveling with his family, reading a good book and playing golf. John started working high school football in 2004. In 2007 John started working Junior College football in Utah. He worked D2 football starting in 2009 and was hired by the Big Sky in 2012. He was hired into the Mountain West in 2014 and then hired into the Big 12 in 2018. John has worked multiple bowl games since 2014, including the 2020 Rose Bowl, the 2021 CFP Semi-Final (Orange Bowl) and one conference championship.