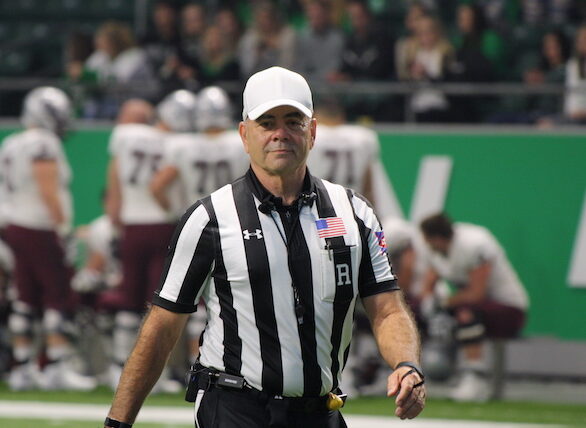 Bruce started officiating high school football in 1984, working multiple playoff games and Section finals as a member of the NCOA Sac-Joaquin Section South. He was a member of the Board of Directors and President of the Association NCOA. Bruce started working Junior College football in 1995, working on the line-of-scrimmage where he officiated multiple JC Bowl games, a NorCal Championship and two State Championships and became a Referee in 2006. Bruce officiated two seasons as a Referee in the NIFOA and worked three seasons in the WCFOA both at line-of-scrimmage and Referee, eventually being hired into the Big Sky Conference in 2012 as a Referee/Crew Chief. He worked multiple NCAA FCS playoff games including a quarter final game; and, was the Area Representative for California to the Big Sky Conference Football Officials Association for five years. Bruce has been married to Tracy for 35 years with two children; Dana, and Bryce, and together they have granddaughters Mila and June. Bruce retired as Assistant Manager for Merced County Mosquito Abatement District. His hobbies include being a member of the Columbo Club, the oldest Italian-American Club west of the Mississippi and a historical expert on Disneyland.